Menu
Thank you for visiting our website ...there's always regular updates to look at especially on our Class Pages .
Log in

This is a very exciting time for our very first Year Six class at Leigh St Mary’s. We know you will make us very proud, work very hard and have so much fun learning in your last year with us.

Here's the homework for this week... Choose which one you know you need to work on (you don't need to do both) just write the answers on a piece of paper and bring to class. Due Friday 31st January. Enjoy! :)

Who did Jesus say he was ?

Using ink and pencil this afternoon trying to capture the poses we created. Mixing the ink with water allowed us to create tone and shade. 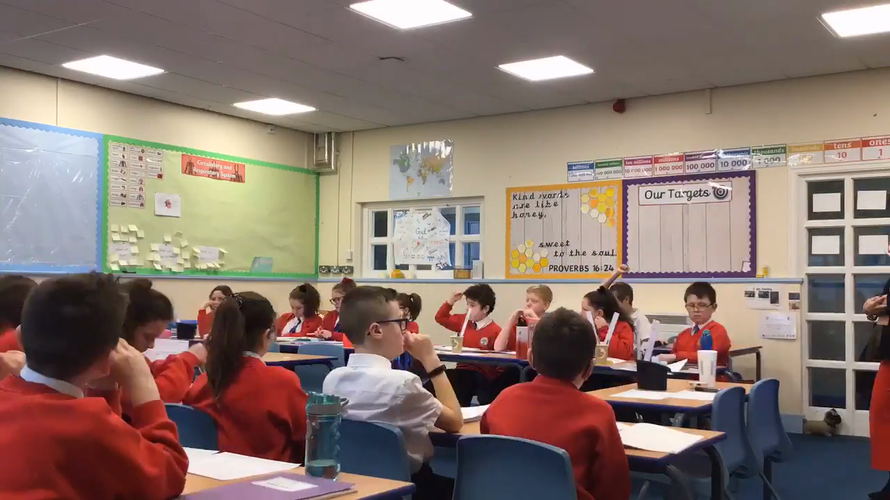 What a lovely day we’ve had in Year Six celebrating VE Day as part of our World War Tow topic. We’ve made gas masks, built spitfires, and cried our way through Goodnight Mr Tom 🏅🧳🤓✍🏾👀❤️🥳🇬🇧🇬🇧🇬🇧🇬🇧🇬🇧🇬🇧🇬🇧🇬🇧🇬🇧🇬🇧🇬🇧🇬🇧🇬🇧

Some Blitz art in Year Six today...watch this space.

We created our own versions of the song the quartermaster's store.

'In the mood'
Glenn Miller (1904 - 1944) was born in America. He was a jazz musician who later became one of the most popular band leaders in the 'Big Band' era. His most famous tunes include 'Chattanooga Choo Choo', 'Moonlight serenade' and 'In the mood'. In 1942 Miller decided to help the war effort and joined the US Army, becoming a Captain and leader of the Army Air Force Band. In 1944, at the height of his fame, Miller flew from England to France, to play another concert for troops in liberated Paris. However, that night Miller's plane went missing over the English Channel. His body has never been found and thus Miller's status remains 'missing in action'.

Today, in honour of Remembrance Day, we looked at some War poetry. We listened to and read, Dulce Et Decorum Est by Wilfred Owen.

We went to the cenotaph today to lay the wreath on behalf of the school. We spent time reflecting upon the sacrifice that people made and had a two minutes silence.

The children started their WW2 presentations today and we were extremely impressed by the hard work and effort that went into them. Excellent speaking and listening skills. Looking forward to the rest! 👂🏽🗣✍🏾

Coding club this week. We managed to get the Raspberry Pi up snd running! Well done girls for persevering with it. The micro bit was a lot of fun. We programmed a flashing hard, our initials and even made a love-o-metre. Come along on Friday lunchtimes and join us!

We are loving this book! Another brilliant novel by Emma Carroll. We are enjoying Olive’s account of her evacuation from London with her brother Cliff and the mystery of the disappearance of her sister, Sukie...

Some of the children have very kindly brought in information and items belong to family members who lived during WWII.

Morse code this afternoon... children worked hard to solve the mystery messages that were written in a series of dots and dashes. Cracking the code was hard but it gave us a taste of how our allies communicated with us during the war.

Reading Maureen’s letter to her mum after she was evacuated... it was very sad 😔 the children read back to back in order to concentrate on each other’s voices...they tried hard to put more emotion into their voices when reading the letter. 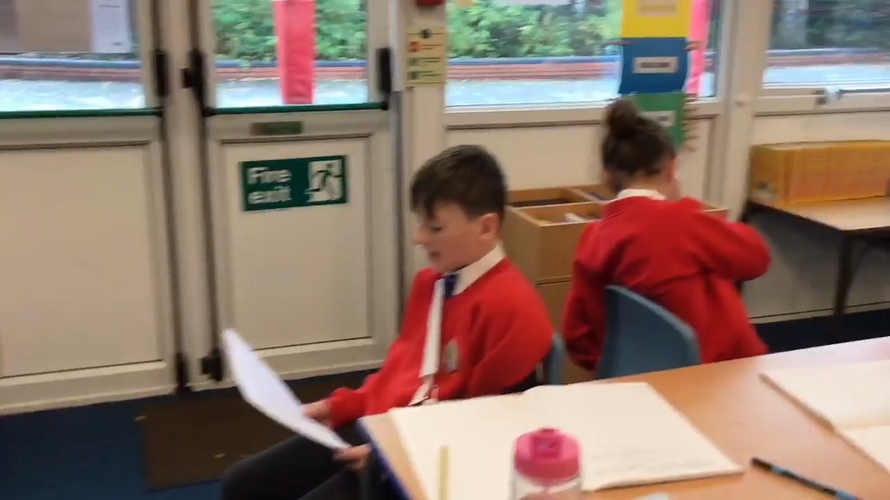 Below are the slides from tonight's SATs briefing. Thank you to all who came! Any questions? Please don't hesitate to come and ask :)

We cut up the an arithmetic paper today and decided to sort the question according to whether we needed a mental, jotting or written method to complete the answer. Lots of great discussion about how we might answer questions in different ways and which ones we must answer in a very specific way. We then worked in pairs to complete the questions, one person being ‘the hands’ and one person being ‘ the brain’ so we could pay more attention to what each question was asking of us. Bring on the next one, we’re ready! 😀⭐️👍🏽😎🤓👍🏽🧠🏅🏆 #winningatarithmetic

Harvest service today with our buddies! They were so well behaved for their first visits to church. It was a please to walk over with them. ⭐️⭐️⭐️👍🏽😀🤝

What a wonderful afternoon we had meeting our buddies for the first time! The children from Year Six have been paired with a child from Early Years. They are looking forward to spending time with them, helping them around school and being mentors to their new friends. They can’t wait to see each other again! #buddiesforlife 😍❤️⭐️

We’ve started to read Fireweed by author, Jill Paton Walsh. This book is set in the 1940s, during WW2 and focuses on protagonists Bill and Julie. We are gripped already!

We have finished this AMAZING book this week! We have loved reading Skelling and are a little sad it had to come to an end. Look out for other books by Author, David Almond 👀😢🦉🍜🥡 #27and53 #sweetestofnectars #hoot

Today was the battle of the beaks... we looked at Darwin’s chaffinches and asked ourselves why the different birds had different beaks. We used different ‘beaks’ to pick up different types of food.

This morning, Miss Shakespeare and four students from Year 7 and 8 came to see us and talk about Bedford High. We listened to a presentation about the school and enjoyed learning all about Bedford. They answered our questions and we even saw a video made with the new Year 7 children, who calmed our nerves about moving to Our new high schools in just 12 months time. Don’t forget there are lots of open evenings this week and check out the websites of all our local high schools to make the best choice for you!

Art this afternoon. As we have been looking at the peppered moth during our Science and English lessons, we thought we’d try to take an even closer look at the two varieties of the species: the carbonaria and the typica, the former bring the darker-coloured variety and the latter being the lighter-coloured variety. Excellent sketching skills being carried through from Year Five into Year Six. 🌝🌚😍👍🏽

We’ve combined computing and English today to produce our Anderton Centre leaflets. We used publisher to add photos and text and create a layout that would be attractive and easy to find the information people might need.

We enjoyed our hot chocolate during our mindfulness minutes today...

Today the Life Caravan came to school and we took part in a session all about decisions. We looked at how our bodies function and how this can change based on the decisions we make. We even caught a glimpse of Harold the Giraffe. What a great start to our PSHE for the year! 😀🦒

Year Six have spent some time this afternoon completing some mindfulness activities...